It’s time! Every year I delight in pouring over all the mainstream costume websites to compile each fall’s Worst of the Worst. The tackiest, most tasteless, most lame costumes I can find and then I mock them here. It’s one of our favorite Halloween traditions here at the ‘Cult and I hope you’ll get a laugh out of this year’s contenders!

Here’s all the previous years: 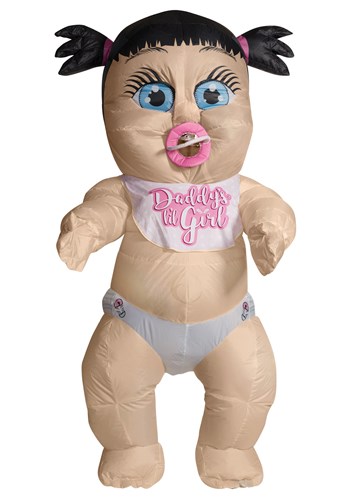 Absolutely Horrifying Enormous Baby- A deeply terrifying hybrid of blow up doll and giant baby. Why does it have that open mouth!?! Imagine this catastrophe hobbling towards you at a party, knocking things off tables left and right, guests cowering against the wall to keep their drinks from spilling. You know you’re gonna find one of these costumes abandoned in a subway turnstile at 9am November 1st, the lengths of polyester wound tight around the metal poles, abandoned. Also available as a “boy” baby with a blue bib, just in case you want a really inconvenient couples’ costume. 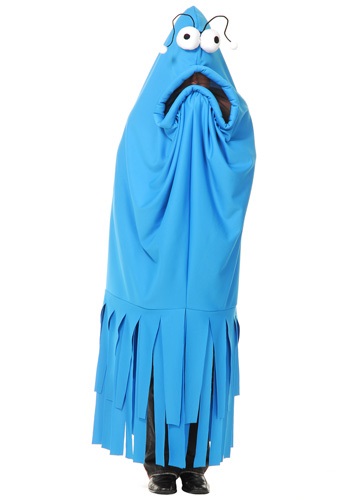 Melted Blue Off Brand Puppet – It’s like the Sesame Street aliens but it’s not licensed so enjoy your wobbly, off-brand, messed up looking polyester sack. If you didn’t recognize it as an attempt at the characters from television what would you guess this was? Paper shredder vs fish costume? Hula tube sock? Blue googly eye sea worm?

What The Fuck Is This? – It’s labeled as “grilled cheese”. It looks like a still from one of those inside-your-body documentaries…. 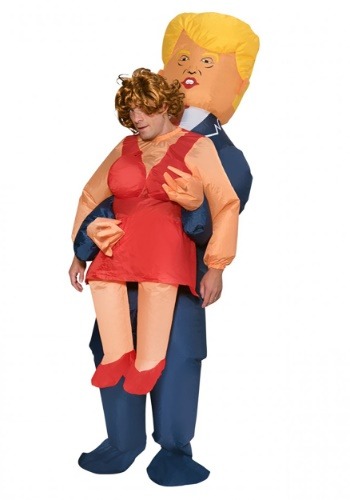 Too Real – This will be funny in 20 years when he is just a punchline and a blot on the American history books. Right now it’s just deeply depressing and stirs a familiar anger inside my body (even as a Canadian). I am hypnotized by the bizarre inflatable boobs though, why are they so perfectly spherical? 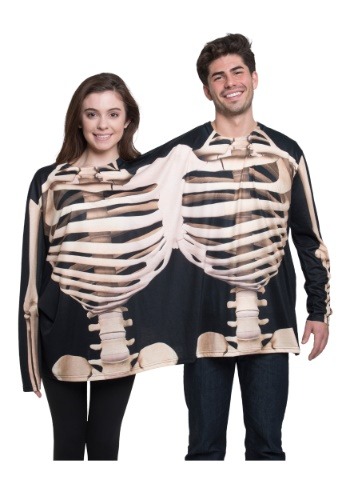 Too Clingy for Halloween – Listen, if you feel the need to cram your poor partner into a sweater with you when you go to the bar this Halloween maaaaaybe ya’ll need to have a conversation about your relationship. This is not an impulse bred from trust. Unless this is your kink, is there a “shared ugly costume” kink? (Nah, don’t tell me, I don’t wanna know). Also this costume straight up doesn’t work, it makes the skeleton’s ribcage look like boobs. Why? Also how do you pee while chained to one another like this? (Again, if that’s your thing- cool- but don’t send me links).

Economically Disenfranchised Rural Sex Worker Lycanthrope – Awooooo! (Cue that awful Shakira “She Wolf” song). Somewhere during a 2018 costume concept brainstorm session in a fluorescent lit office tower someone throws two darts and hits “werewolf” and “hillbilly ho” at once. Everyone claps. It’s is 4:45pm on Friday and they call it an early day.

It’s a Branded Tube Dress – Can we all agree these corporate branded skin tight “costume” dresses are the epitome of lazy? Girl, just wear lingerie and animal ears. “I’m a mouse- duh!”.

Sexy Unfortunate Nostalgia Triggering “Bear” – This costume was actually called a “Care Bear” costume, and if you were a kid in the 80s like me then you couldn’t escape these saccharine cartoon bears- but this costume doesn’t look anything like a Care Bear. Why do we need to make them “sexy”? Why are so many ladies’ costumes just revealing versions of childhood characters? Why do we need to sexualize every possible thing? 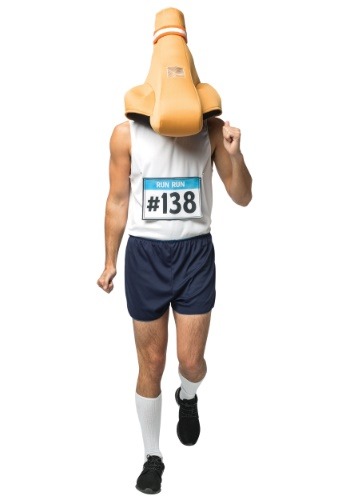 Runny Nose – Okay this is mildly amusing. I’d buy him a drink but I don’t think he could sip it through the giant foam shnoz.

Tarred and Feathered? – This was labeled “Sexy Owl”, because who (whooo whooo) doesn’t wanna get with the girl covered in cheap chicken feathers with the itchiest mask ever. This BARELY qualifies as owl-like. You’re gonna get a rash. 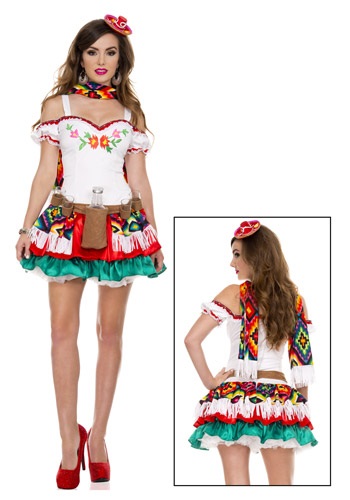 Some Racist Bullshit – This was labeled “Tequila Princess” and it has room for shot glasses and a bottle in the fanny pack. It also has a tiiiiiny sombrero etc. I just want to say, like I do every year, that with all the many things you could dress up as a racially insensitive trope mocking an entire culture is pretty fuckin lame and shameful.