It’s hard to believe how quickly our favorite season sprung up! We’re so excited to celebrate all things autumn and Halloween. But FIRST we need to do our annual tradition around here at the Gloomthzine- the BAD COSTUME ROUND UP!

We scour the mainstream costume websites for the worst, tackiest, distasteful, or just plain dumb costumes available for sale this year. And we mock them. 🙂

Here’s a link to last year’s Bad Costumes! Just in case you need more atrocity in your life. 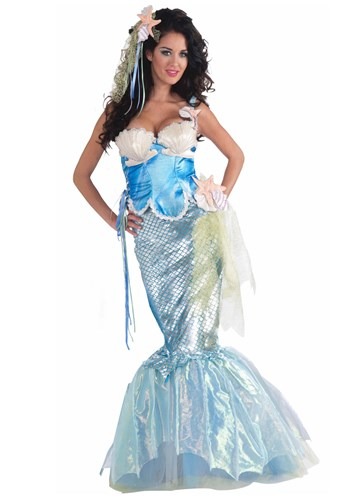 Has Seen Better Days Mermaid: Personally I find the mermaid trend about as interesting as linoleum, but there are so many mermaid themed costumes available this year. The above mermaid costume looks so tattered and sad. I imagine the girl wearing it at some rundown “Mermaid attraction” place where she paddles about in a cloudy pool before the bored glazed eyes of tourists. Ariel as a Myspace scene kid? Discount prom mermaid?

Dumpster Mermaid- Swimming elegantly through a sea of garbage-water? 😛 This mermaid costume is neither sexy nor really identifiable as a mermaid on first glance. It’s like someone crammed this poor model in a ripped garbage bag. 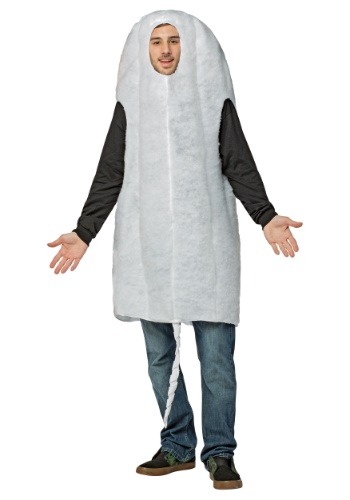 Grown Man Dressed as Tampon– No. Dude. The only time this costume would be vaguely appropriate is if he works for Tampax head office. But we all know at least one dude who’d buy this and think it was hi-lar-ious. 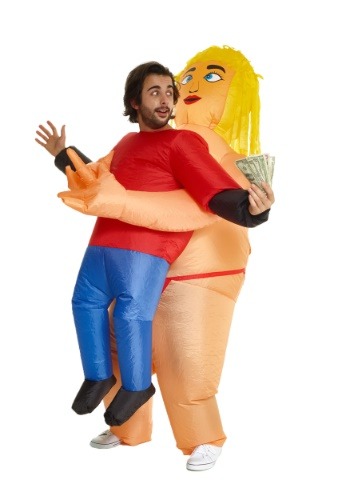 Oh No A Fat Woman Got Me!- The copy on the costume site for this delightful piece of fat-fearing-vomit really makes it: “Everyone knows how it goes down in a place like this, the ladies are kind at heart but they certainly aren’t the model types from the Los Vegas strip! They’ve got some unexpected dance moves and when we say “not in a good way” we’re being kind.” Damn, isn’t it terrible when women don’t adhere to the arbitrary and reductive conditions for “culturally attractive” you set?!!! Such a funny joke, fat women! Ha ha ha ha ha ha forever. 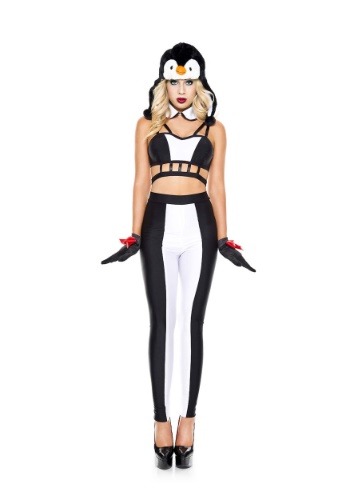 Penguinish?– I would not have known this was supposed to be a penguin if they hadn’t used the word in it’s title. Without the dollarstore beaked winter-hat it’s basically just a black and white revealing club outfit.

No! GUESS!!!!- “No! You have to GUESS my costume!” she trills, gesticulating with the sweating bottle of wine cooler in her home-manicured hand. “No silly! I’m not a doooooggy!” shoving your shoulder in a half playful half aggressive way that instantly makes you uncomfortable. Spoiler- It’s Rocky from “Rocky and Bullwinkle” (depending on your age you may have to ask your grandad what that is).

Sexy Goldfish– No, that’s what it’s officially called, yes really. SEXY GOLDFISH. Ever wanted to do it with a fish? How about a lady in a bathing suit festooned with bits of orange polyester organza who resembles a rejected Muppet? No? I’ll see myself out. 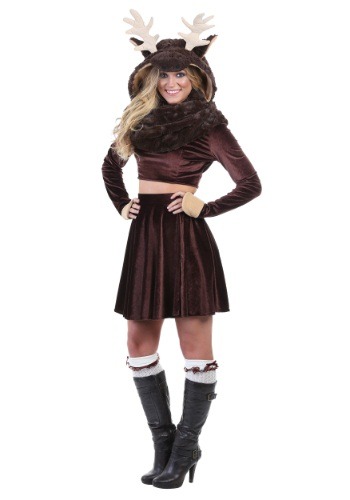 Awful Moose- Let me guess, you had the final costume design meeting on a Friday at like 4pm. Almost none of the development team showed up so you rubber-stamped “yes” on a bunch of really half-assed garbage ideas so you could all leave early. And mankind is given THIS. An awful “moose” costume. 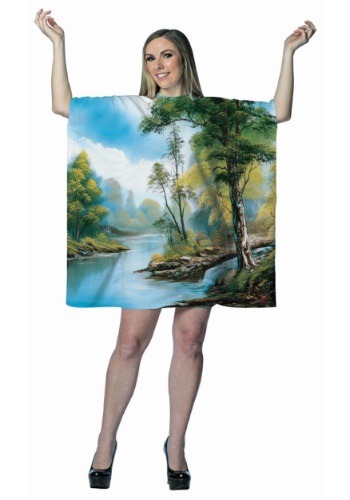 Bob Ross Painting- Bless Bob Ross, honestly that kind and encouraging man was a gift to our planet. I don’t really get how this is a specifically Bob Ross painting/costume (despite that being it’s name on the shop site) but sure, okay, fine. Even the model looks underwhelmed…

WE ARE NOT DOING THIS ANYMORE-  Come the fuck on costume websites. It’s 2017. In no way is it okay to keep peddling this racist trash. Tell your accountant to write the many “sexy aboriginal” variations you had manufactured off as a loss and move on.  Oppression is not a fun party look. 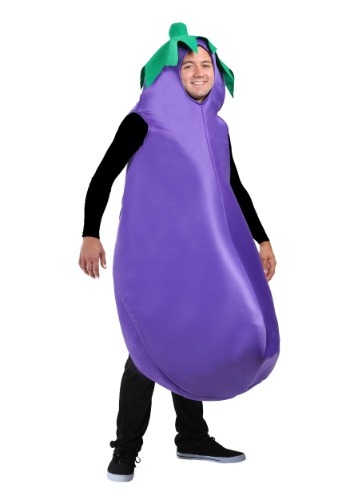 Eggplant Emoji- I like the model dude’s face in this, “Huh huh eggplant means DICK”. Yeah we got it. I guess it’s marginally funny…. 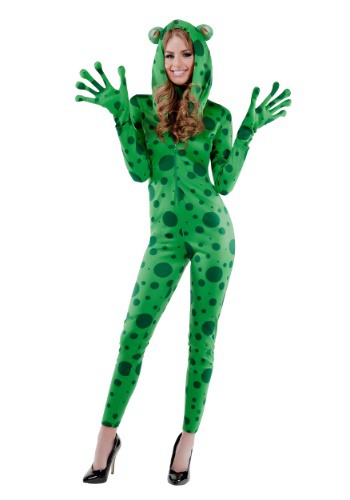 And Frog- I’m just going to put this link here…..

Feel free to comment and let me know which of these are your favorites! Have you seen any truly horrible costume ideas this year?