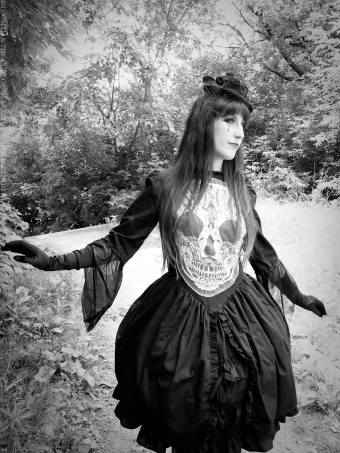 Food is a part of mourning and funeral customs for all cultures. We bring meals to those who have lost someone and wakes/visitations are often catered, some cultures have specific dishes prepared and eaten during mourning. One fascinating example is “funeral candy” which appears in a few cultural traditions.

The most interesting version (I think) is from Sweden! It’s long fallen out of practice but at funerals (pre 19th Century) guests were given small corpse-shaped hard candies, wrapped in black paper and occasionally decorated with typical mourning motifs (weeping willows, urns, cherubs etc). The length of the corpse indicates the length of the deceased’s life.

This was a trend throughout most of Europe but World War 1’s sugar rationing resulted in the tradition being almost entirely lost.

Similar use of sweets at funerals can be seen in traditional Chinese funerals where visitors are given an envelope with sweets and coins upon leaving the funeral.

Another great article on Swedish funeral candy here. <– This article is really thorough and well written, I’d highly recommend it if this topic is of interest to you. 🙂