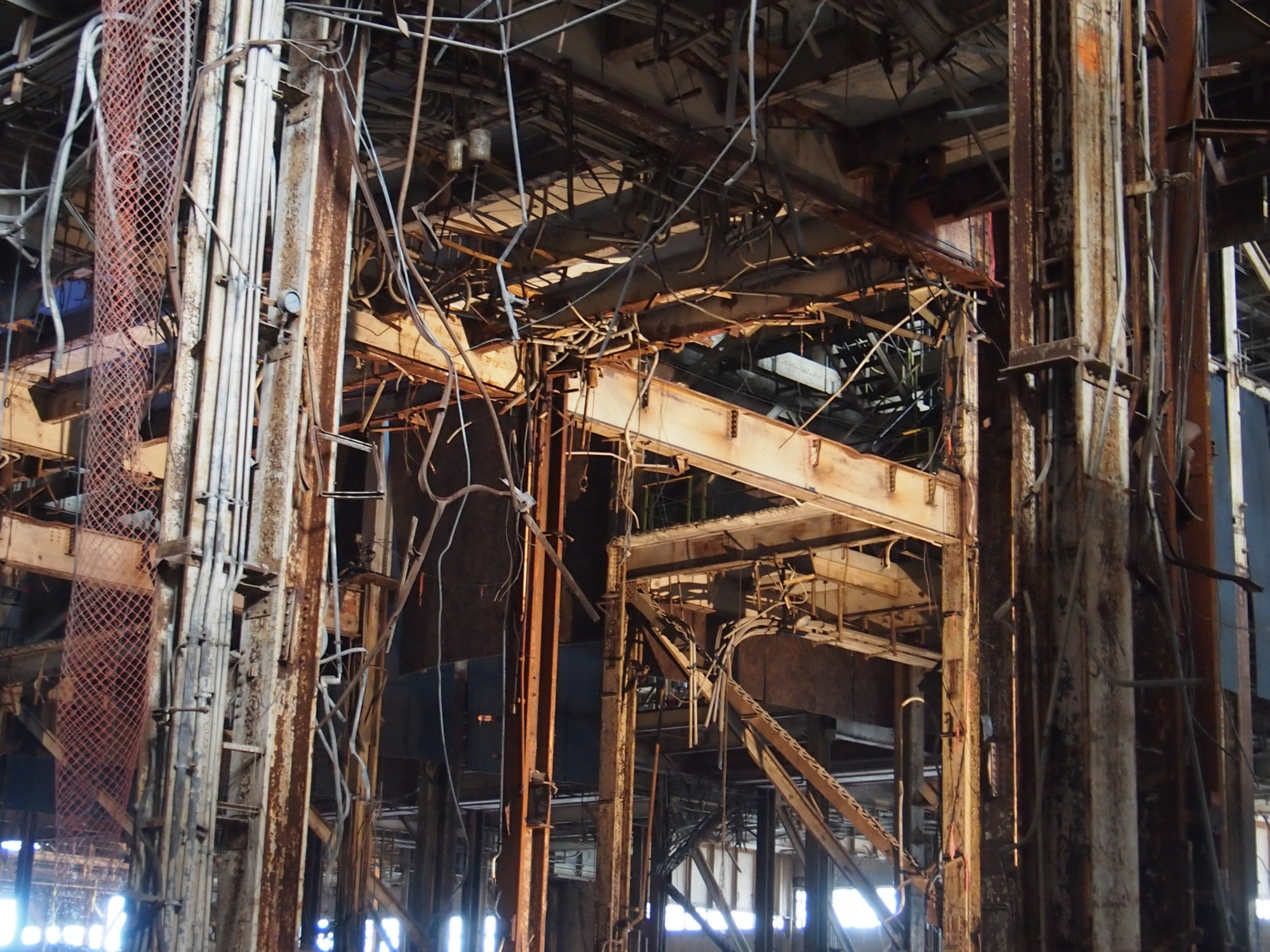 The Hearn Generating Station is a monstrous old building with a towering smoke stack that’s visible from most parts of southern Toronto, it’s laid in disrepair since the 1980s. Originally it employed about 600 workers as a coal power plant and must have been astonishing while in operation- a cavernous space full of noise, smoke, and soot.

In 2016 it was last used for a festival in Toronto but has since been left to decay again due to safety concerns. During the festival parts of it were open to be explored and I had the opportunity to spend a couple of hours taking hundreds of photos there with my brother. It has since been left closed due to safety concerns, so it’s unlikely we’ll ever get access to the inside again.

Outside the building is a giant hulk of red-brown brick and broken windows, there are huge holes where the intake fans once sat as well as other missing industrial machinery that’s left enormous scars on the building. The smoke stack stands at 705 feet tall, it still sits towering over everything in that end of the city.

You can explore some of the photos we took in the gallery above, when we were there it was set up for a festival which is why there are weird colored lights and a giant silver ball. The space was truly amazing and it’s fascinating to explore old industrial infrastructure.