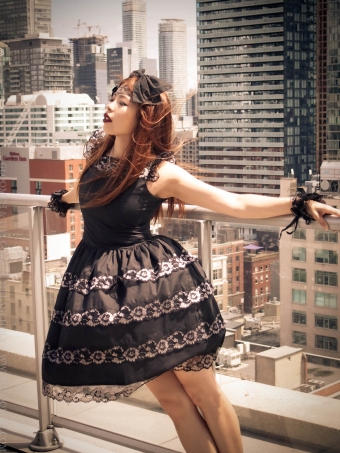 With hundreds of Gloomth photoshoots over the last ten years we have certainly had some memorable moments and hilarious mishaps! From being half-frozen in an abandoned hotel to nearly getting heat stroke poolside, it’s always an adventure.

For this rooftop series with Cindy M. Yu we used the lounge space on top of a friend’s building in downtown Toronto, it was hiiiiigh above the bustling streets- but one thing we didn’t account for was the wind that day. It was violently windy, we could barely keep the dress in place and my skirt kept blowing up as I shot- exposing my bike shorts to all of downtown. Thankfully not many buildings are taller than that one in the immediate area, so maybe my free show was limited in audience. 😛

That time we got kicked out of a public greenhouse…. We managed to get about 300 shots before some busybody teacher on a tour with her class decided she didn’t like us also using the garden and complained to staff. Wah. Ah well, we got some fun shots from the day!

This shoot was one of those days where everything is shimmering with magic! We shot in east Chinatown and the block was closed to cars due to a huge fire so we had the streets practically to ourselves. As Vamp modeled against the busy downtown backdrop an old man standing on his porch kept yelling “YOU’RE BEAUTIFUL” at her til she acknowledged him and he went inside…Wtf. 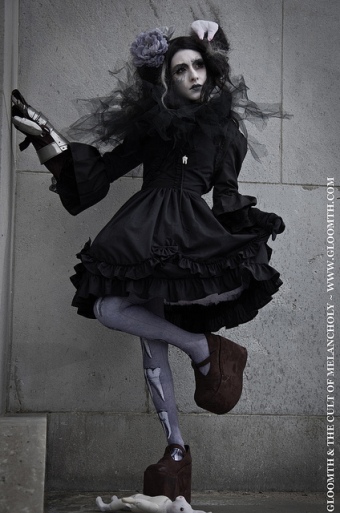 In our dark Shironuri style photoshoot with Vamp the weather turned ghastly almost as soon as we began. I ended up holding a blanket from my brother’s car up to block he and the model from the wind and rain so we could keep shooting. The end result are some moody and dramatic shots!

There is a story or a funny anecdote behind many of our photoshoots. Most of the time creating them for the website feels like making art with my friends and I am so grateful for that!