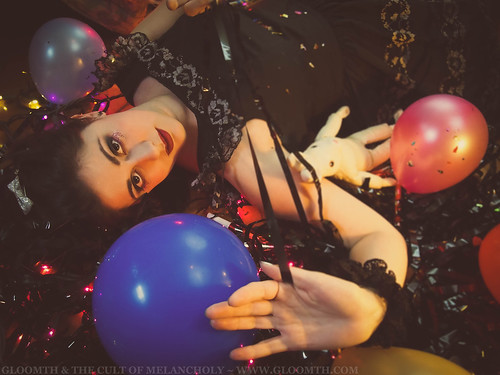 For my last shoot of the year I wanted to experiment a little, to set the tone for exploring doing more unique photos for the label next year! This was my first time shooting with colored light bulbs (red and yellow) and using tilt/shift effects in post production. 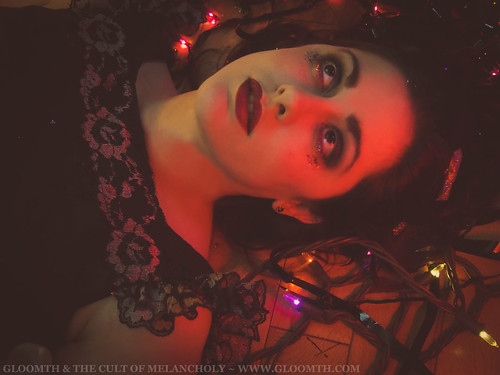 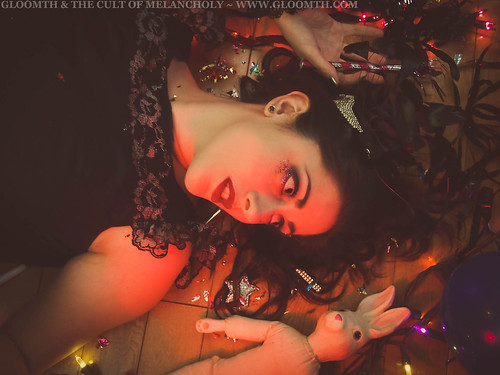 Kuroihitomi modeled for me in a mess of twinkly lights, confetti, balloons, and tinsel curtain.

The concept for this shoot was “After a NYE Party”, so a bit blurry, a bit dazzled by the colors. Lost in the mess after the guests leave, with the glow of the city transforming everything into a weird dream. 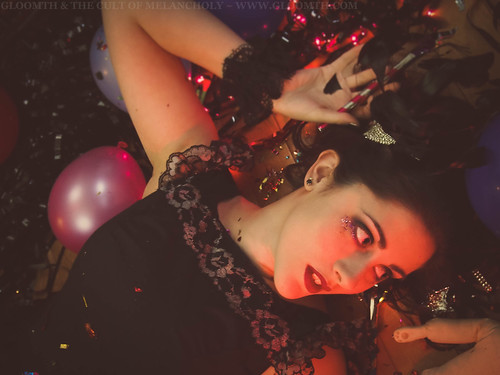 For the makeup I went with a messy sort of holiday party look- red lips and dark blown-out eyeshadow. I finished it with several kinds of glitter smeared on her upper cheekbones and into the hair line. I also threw tinsel confetti over Kuroihitomi before shooting so it appeared as if she’d been rolling about in the mess.

There are quite a few more of these photos in the flickr album also!

Thank you to Kuroihitomi for modeling for me for this experiment! I’m so excited about these photos and can’t wait to try some new styles next year!