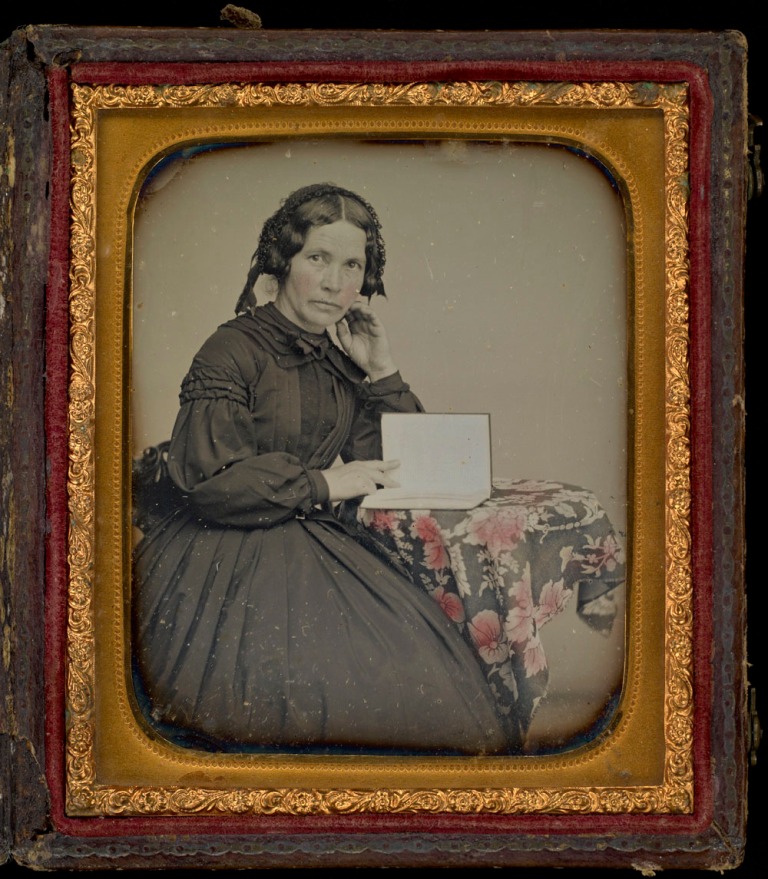 Color photography wasn’t developed until about 1907 and colored film wasn’t widely available for quite some time after that (“kodachrome” by kodak in the 1930s was the first commercially available three color style of film). Tintypes and early photography were all monochrome (black and white) and folks developed some clever ways to inject life and color into these images!

Early on daguerreotypes (photos on a piece of silver plate like the example above) had color added using a mixture of acacia gum/paste and pigment by brush and then sealed to the delicate metal with heat. Often just a single color or tint was added to these photos, since daguerreotypes are extremely delicate and need to be housed carefully to maintain the image. In the above example someone’s used a reddish tint to add some color to the woman’s face and the pattern in the tablecloth. Below it seems a red is the only tint as well (the blue effect is a flaw on the metal itself).

Once photographs were printed on paper stock it became far easier to add color to them by hand, hues could be added using watercolor paint or dyes, the number of colors and details added increased greatly as these printed photos were far less delicate to work with than the daguerreotypes.

Hand tinted landscape photography became very popular in the early 1900s, one artist- Wallace Nutting- became highly collectible and primarily focused on hand tinted landscape photos. His work is absolutely beautiful, looking at it now it’s easy to overlook all the effort tinting these images would have taken since full color photography is always available at our fingertips! 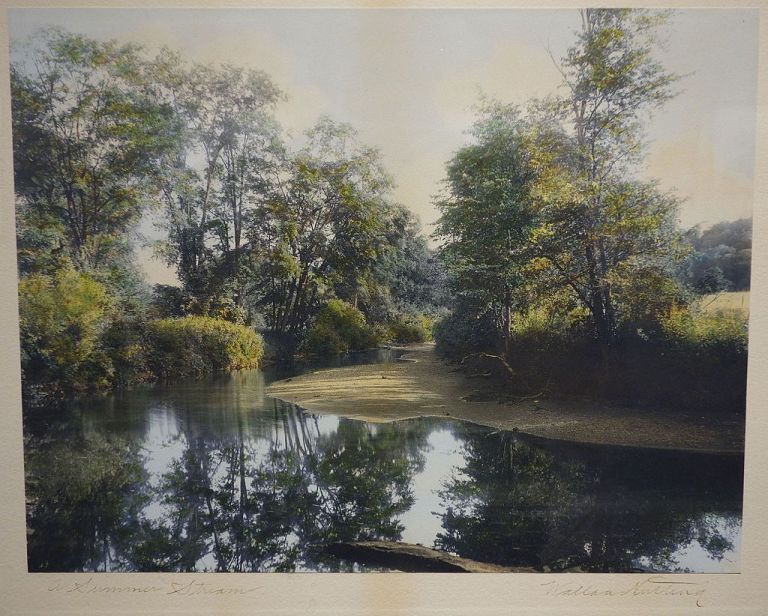 The above example is from 1855 and shows a coterie of children in costume (and a very serious looking older gent in a mourning coat). The colors in this are so rich and detailed and create an eerie, unrealistic feel to the entire image. It’s one of my favorites. 😉