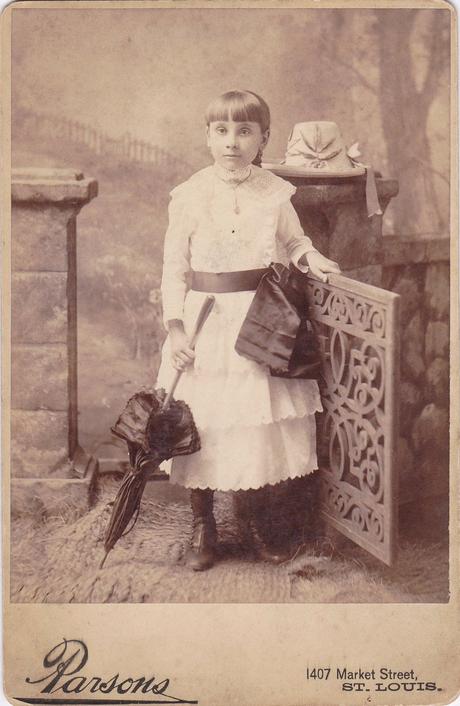 A “Love Ribbon” was a plain gauze ribbon worn by people in mourning to indicate the loss of a family member or friend during the Victorian era. These ribbons featured no patterns apart from occasionally a black or white stripe. Children often wore these pinned to their clothing to indicate the loss of a sibling. Kids generally wore white clothing during mourning, as black was considered unsuitable for them, so a black ribbon, sash, or love ribbon were used to indicate mourning.

The little girl in the photo above has a large black silk crepe ribbon round her white dress which indicates mourning. Sometimes “love ribbons” were smaller and pinned to one’s clothing or tied round the neck.

A good example of a “love ribbon” worn round the neck can be seen in Berthold Woltze’s
“The Irritating Gentleman” (1874). Painted during the height of mourning culture it shows a young girl- likely mourning a sibling- wearing a “love ribbon” at her neck being bothered by a jerk on the train. This was painted during an enormous smallpox outbreak and many children died and families were separated, often sending their healthy kids to relatives in the countryside to keep them well. 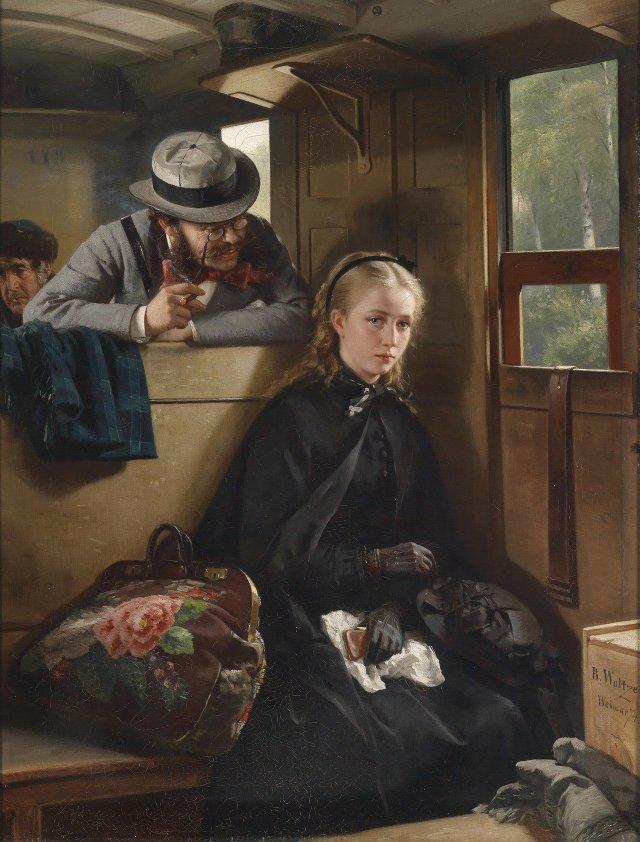 Sometimes black crepe ribbons were worked into brooches or jewelry for the stages of mourning a loss. Pinned to your clothing these continued the tradition of mourning apparel without requiring the purchase of an entire wardrobe of all black everything. Mourning ribbons were popular with less wealthy people for that reason! Below are some beautiful examples of such jewelry utilizing ribbons. 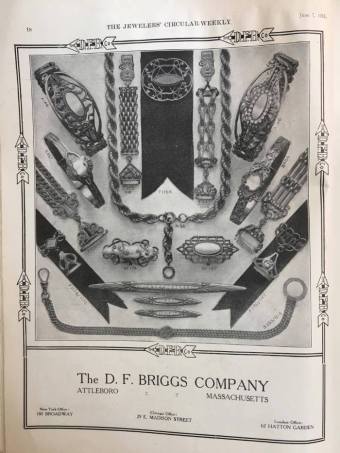 These beautiful rituals helped folks convey their loss and maintain their connection to loved ones who have passed on. Nowadays mourning in Western culture doesn’t require the same formal rituals and lengthy periods of public display.

One thought on “Victorian Love Ribbons”