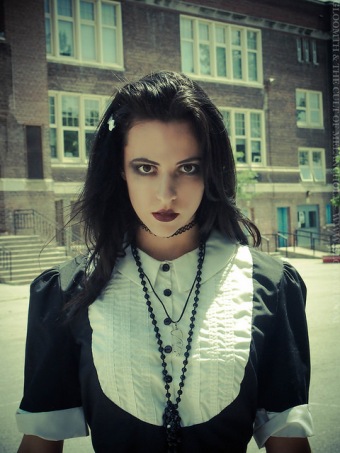 Creating a photoshoot inspired by the film “The Craft” has been on my to-do list for years! Here at the ‘Cult that film is sacred, the themes of gaining control as a young woman over the world around you and the oppressive forces you experience for simply being born female are very familiar. “We are the weirdos” embodies exactly who we are as a label, mistfits among misfits and gloriously so. Also we cannot get enough of the 90’s witch girl aesthetic. 😉

So I finally got to tackle this theme with models Em and Sandra Von Ruin! We had tons of fun creating this series and I really think both models captured the magic of being a “teen witch”. 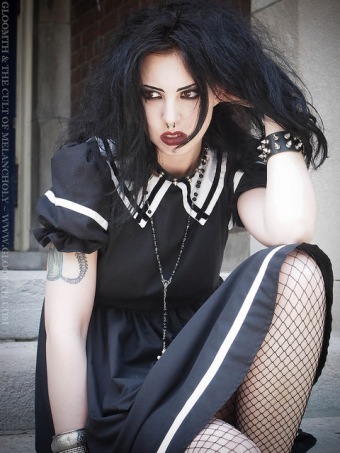 For the styling in this shoot I wanted to keep the models’ outfits monochromatic. The sharp contrast of white and black worked beautifully against the old brick of a nearby school and with the models’ styles. 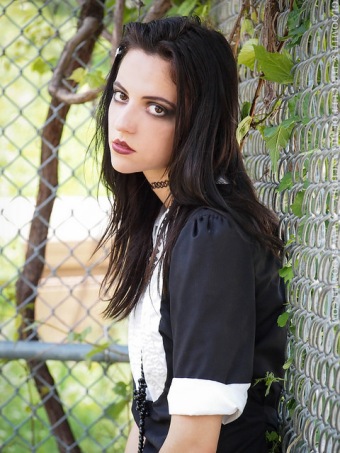 For the photos themselves I wanted the final edits to have a 1990s alternative feel. Simple colors, not heaps of processing, and lots of grain.

There are tons more photos from this series in the flickr album!

Thank you to both models for helping me create this awesome shoot! It was such a great day and I can’t wait to build more worlds with you both. 🙂