I suppose it still counts as Easter Weekend today. We have had a lot of bunny themes in the Gloomth photoshoots over the years- from our bunny doll mascot (Vinegar) to the little bunny fetus in our logo- we just can’t escape the lagomorphs. Here are a few of our shoots involving bunny-ears to keep the Easter hop going, starting in 2009 (). 🙂

Going waaaaay back to this colorful and cute shoot featuring CheshireCat as a sort of white rabbit character with a broken umbrella. You can see the rest of the “Harajuku Bunny” photoshoot in our flickr.

More 2009 bunny-ears and CheshireCat! I made this quick lace bunny mask for the shoot (another weirdo parking garage rooftop series, what the hell was our thing for that spot?!).

Gloomy Sunday wearing our “Pale Tuesday” top makes an adorable dark bunny in these photos from 2010. There are a few more in the “Bunny Doll” album on our flickr. 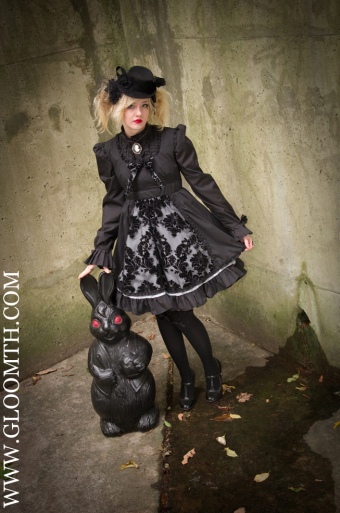 Hop over to 2011 and the black bunny lamp I repainted! More CheshireCat looking adorable! There are a handful more of these pictures in our “Black Bunny” album. 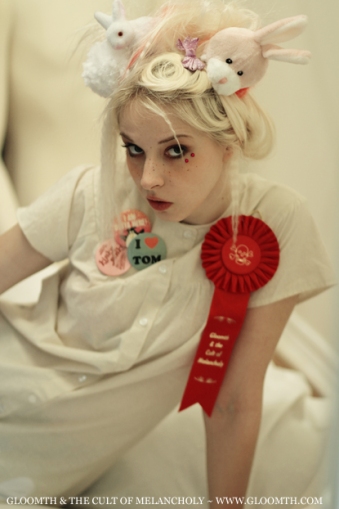 In 2012 Fine Lines had a whole bunch of bunnies (a murder of bunnies?) in this adorable shoot called “Bored Bunny“! 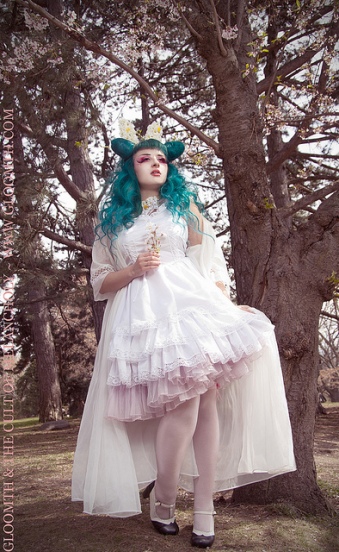 Also in 2012 we have this lovely pastel shoot with Cassia Sparkle and some daisy bunny-ears I made. 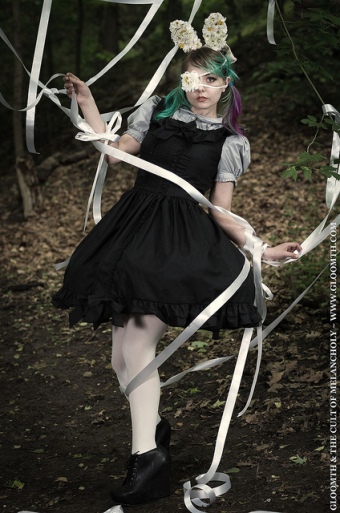 Hannah Bloodbunny was a perfect model for these daisy bunny-ears again and their matching eyepatch in 2013! More in our flickr album.

Sandra Von Ruin becomes the “Dark Bunny” in our 2014 photoshoot with some black lace bunny-ears.